As local parliament, Dewan Perwakilan Rakyat Daerah (DPRD) has three functions such as legislation, budgeting, and oversight functions. The research aims to analyse the local parliaments performance at Bogor and Depok city in the reform era. The reseach uses qualitative method. The data gathering technique used is snowball technique with depth-intervieuw and literature study of documents, books, journals, magazines, and daily newspapers that relate to the research issue. The study concludes that DPRDs performance in the reform era does not meet the public expectation yet. From the point of view of legislation and budgeting funcions, it tends to orientate itself to executives interest rather than publics. While from the view of oversight function, it has not used questionnaire and interpellation rights. The form of relation between DPRD and mayors of two cities contributes to the DPRDs performance as a whole. In order to increase the performance of the members of local parliament, it is necessary to increase their ability to identify their regions condition and needs. And it also needs to increase the quality of legislation, budgeting and oversight functions.

Download data is not yet available.
Abstract 75 | PDF Downloads 3117

Most read articles by the same author(s) 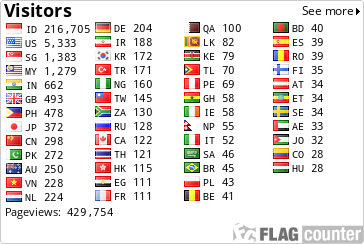